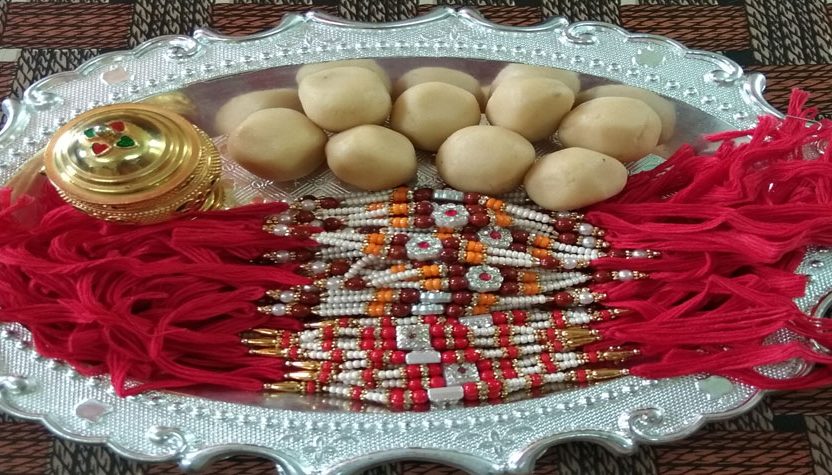 Raksha Bandhan, also Rakshabandhan is a popular, traditionally Hindu, annual rite, or ceremony, which is central to a festival of the same name, celebrated in India, Nepal, and other parts of the Indian subcontinent, and among people around the world influenced by Hindu culture. On this day, sisters of all ages tie a talisman, or amulet, called the rakhi, around the wrists of their brothers, symbolically protecting them, receiving a gift in return, and traditionally investing the brothers with a share of the responsibility of their potential care.